The oncology aesthetics program participates in the 32 SEME congress

The oncological aesthetics program of the Ricardo Fisas-Natura Bissé Foundation has participated in the 32nd edition of the national congress of the Spanish Society of Aesthetic Medicine, held in the Palace of Congresses and Exhibitions of Malaga, between 16 and 18 Of February. Specifically, we have participated on Saturday, February 18, at noon, in the session VIII of Oncological Aesthetic Medicine, on “Reflections of the oncologic patient“, which was moderated by Dr. Juan A. López and Dr. J. Antonio Ortega , who also spoke of the “New therapeutic targets”. The session was also attended by Dr. Jorge Suárez, Dr. Leida Rojas, Dr. Paloma Tejero, Dr. Joan Fontdevilla and our volunteer Pilar Sesé.

Pilar has explained her history as a lung cancer patient: “I was very strong, I had a lot of work, I went to the gym very often and when I was diagnosed with the disease more than two years ago, I realized that I must live te present and that my priority was the tests that he had to make me“. Pilar’s best friend always explained that she cared for her skin, but for her, it was not an important issue: “Until I started chemotherapy, my skin changed and it was just that I looked so bad in front of the mirror, which made me realize I was really sick“. 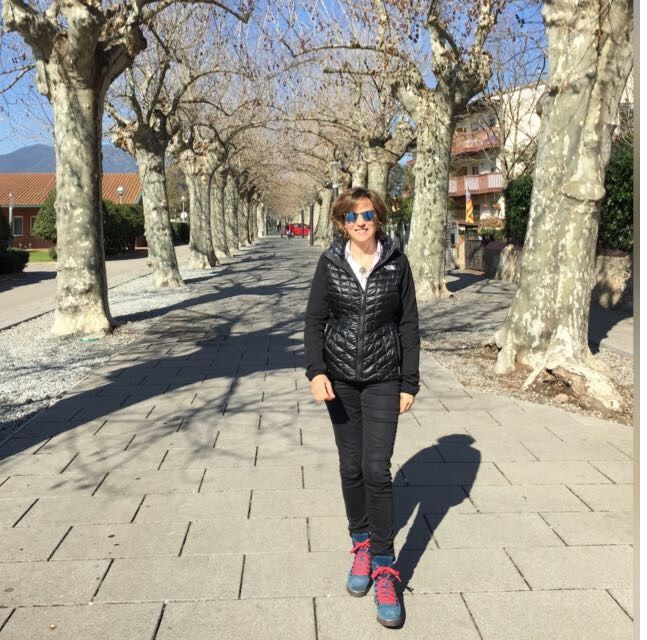 Through her friend, Pilar met Ana Vilamanyà, who is a technical consultant on oncological aesthetics at the Ricardo Fisas-Natura Bissé Foundation: “Ana gave me many tips that saved my life, such as, for example, Rose of musk on the scalp, and taught me to put cortisone on the granites that had come out under my nose, to cut my eyelashes and to take care of my hands, which were like sheets of paper“. Pilar also wanted to thank the support of her family, above all, her husband, with whom he has changed his life in the city of Barcelona through the park of Montseny, more suitable for her: “My recovery depends on the tranquility, the clean air…“.