Home/Uncategorized/500 beauticians have received our training in oncological aesthetics

500 beauticians have received our training in oncological aesthetics

Last Monday 12nd and Tuesday 13rd June, the last twelve aestheticians enrolled in our ninth edition of the oncology aesthetics course performed the second level in the facilities of the Hotel Qgat of Sant Cugat del Vallés (Barcelona). It has been the first time we have held the practical course outside the offices of Natura Bissé and the experience has been very positive, both for the facilities, for the catering, the staff and for the magnificent garden that beauticians and users of absolutely private way. The users told us that they had been able to relax a lot as if they were in a SPA!

With this last group of the 2017 promotion, the Foundation has trained a total of 500 estheticians in this skin specialty, so we are in luck! Of the total of the trained estheticians, 27 currently collaborate as volunteers in 12 hospitals and patient associations; the last of which to join our program has been the Spanish Association Against Cancer in Alicante (AECC). In this edition, of the 52 beauticians who have finished the course, a total of 13 beauticians have shown their interest in volunteering, which is 25% of the total.

Thanks to volunteers like Núria (in the photo) and Aurora, who accompanied us in this last practical course, since November 2010, we have been able to attend to 1,329 people who were on cancer treatment, with a total of 5,351 individual, professional and free treatments. Also thanks to Natura Bissé, we were able to deliver 6,651 samples of cosmetics so that users could perform skin care treatments at home. 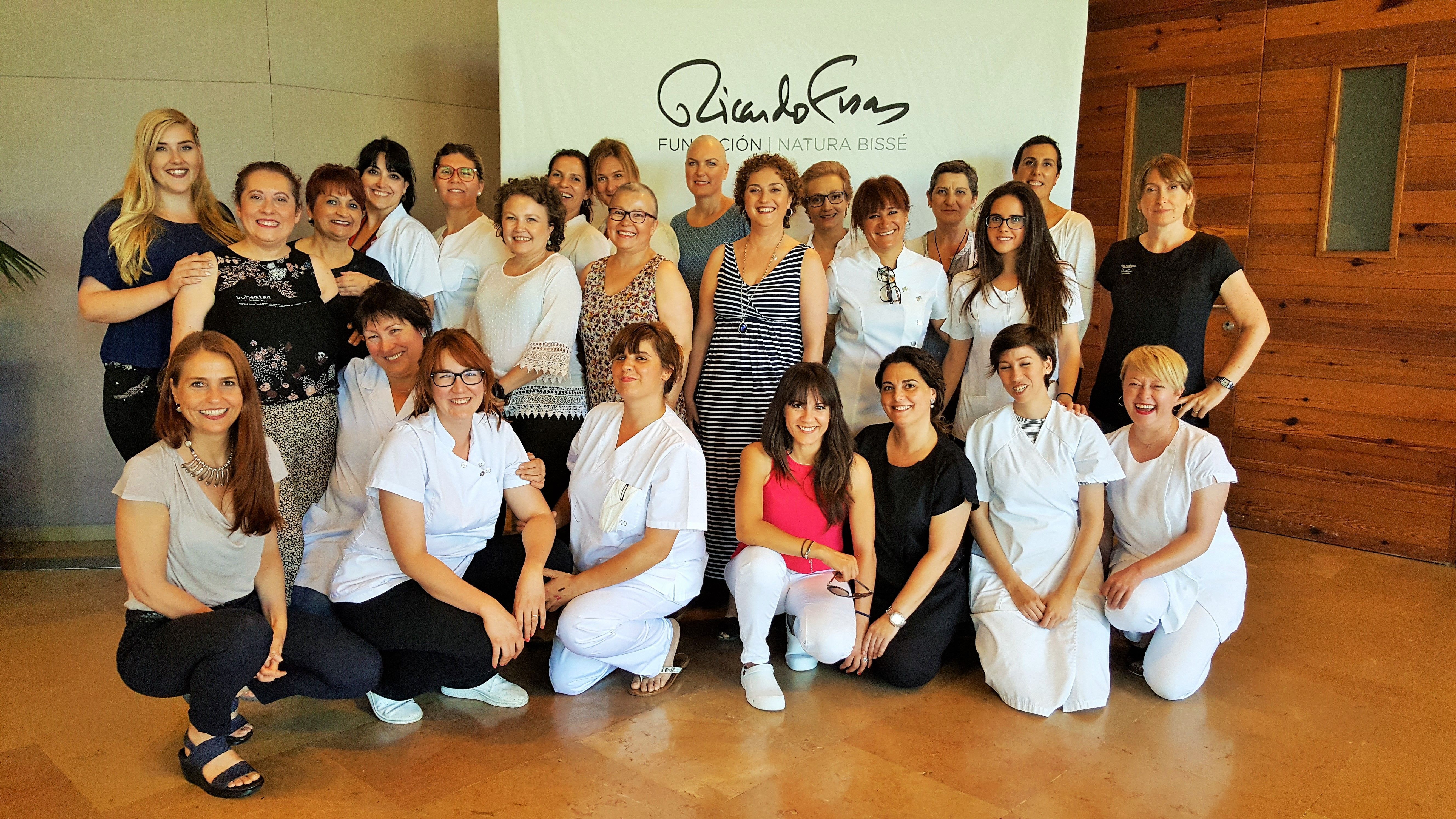